Posted at 07:17h in Blog by Androulla Kyrillou 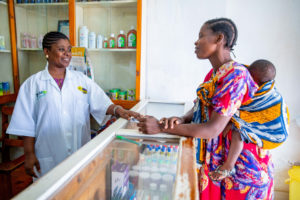 Despite global progress in fighting some of the deadliest diseases, including AIDS, tuberculosis and malaria, progress in combating one common infection — pneumonia — has been much slower. Even with the tools and resources we must defeat it: pneumonia remains the leading infectious killer of children under the age of five. In 2016 alone, pneumonia killed more than 800,000 children.

A solution exists: amoxicillin dispersible tablets (amox DT). Amox DT is the preferred treatment for non-severe pneumonia in children under five — backed by the World Health Organization. Amox DT is effective, lightweight, easy to transport and simple to accurately dose. It’s also relatively affordable at about $0.50 USD per course of treatment.

However, making sure this medicine is consistently accessible to the children who need it is complicated. The underlying barriers to access vary from country to country.

In Tanzania, pneumonia has been a particularly vexing problem. With its goal of reducing child mortality by 80% by 2030, the government has prioritized efforts to address childhood pneumonia. To do this, Results for Development (R4D) has been working with the Government of Tanzania to increase the availability of amox DT in the country. This market shaping program was designed to tackle the barriers to the financing, supply, demand and regulatory aspects of the amox DT market.

At the outset of the program in 2015, the urgent priority was securing funding. That year, external programs that previously funded and purchased amox DT for Tanzania were winding down — and no transition plan had been developed to address the upcoming gap.

Without funding, the supply of amox DT in Tanzania would have quickly depleted — leaving millions of children without treatment.
To prevent any interruptions in coverage, R4D supported the Government of Tanzania in identifying new sources of financing for amox DT to procure approximately six million courses of pneumonia treatment.

Alongside government partners, including the Ministry of Health, R4D also co-developed a multi-year plan to strengthen the capacities of key government agencies and other market aspects to ensure a reliable supply of amox DT in the country. Through this collaboration, they developed a co-financing agreement for the government to gradually scale up funding as external funding scaled down. 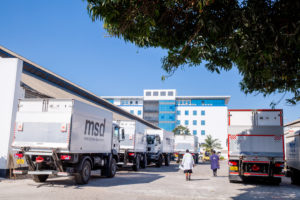 Once a financing plan was in place, R4D worked with the government to improve the systems and processes for quantification (the process for determining how much to order). In addition, R4D supported Tanzania’s Medical Stores Department in taking on the responsibility of amox DT procurement, which external donors had previously managed.

To date, the program has achieved the following results:

To hear from the government change agents in Tanzania who made these results possible read the full story here.

By Results for Development