Vaccines are known as one of the best public health investments because of their effectiveness in preventing disease and reducing the severity of disease, and as a result preventing mortality. Prevention also includes implementing water, sanitation, and hygiene (WASH) interventions and reducing indoor air pollution. 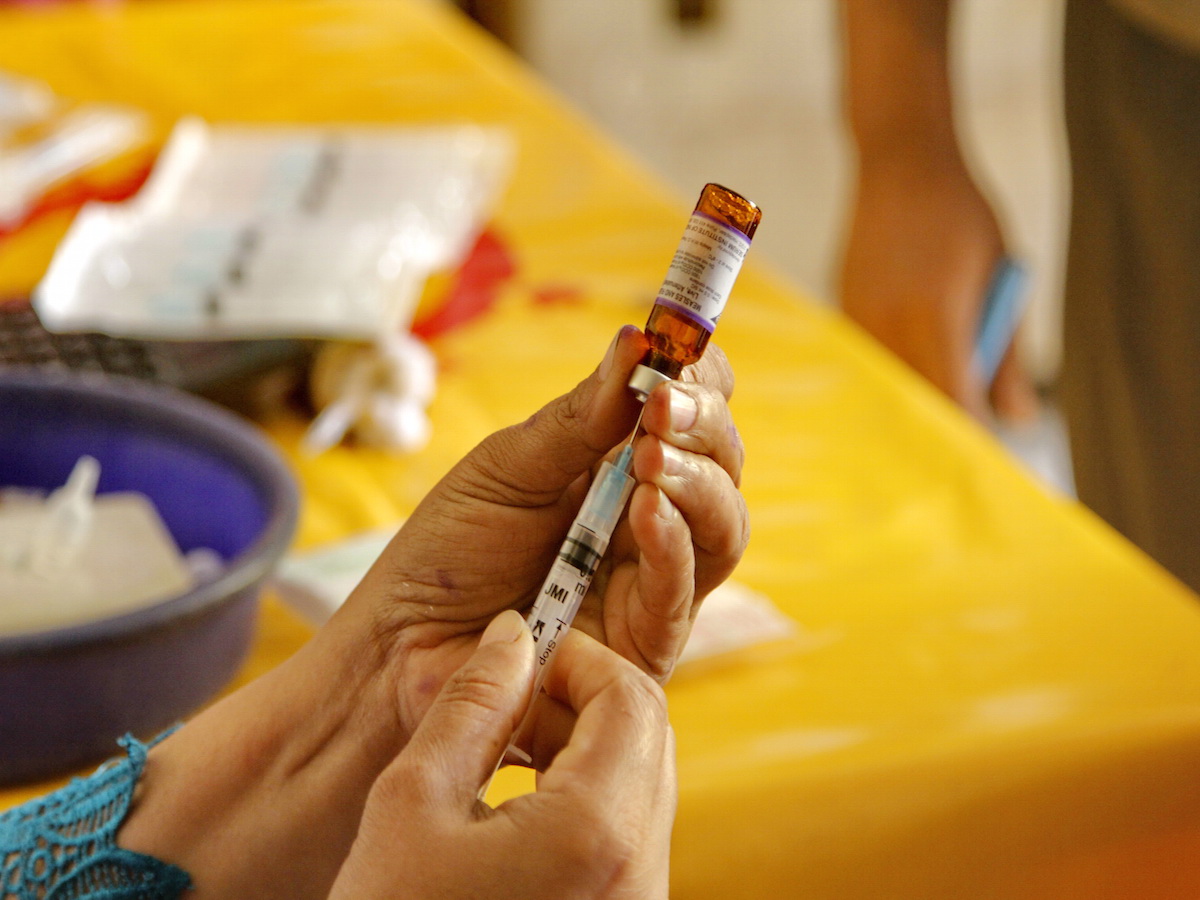 Vaccines are a crucial preventative measure for children who may not be able to access care easily. Preventing pneumonia also helps families avoid treatment costs and other financial burdens due to illness.

Pneumonia has many causes. Fortunately, most of the deadliest ones can be prevented with vaccines. Children can be protected from developing pneumonia with vaccines against the following pathogens and diseases:

When a country introduces a vaccine, policymakers should aim to scale up access to all children, while prioritizing accelerated rollouts to the most vulnerable populations. While remarkable progress has been made in the introduction of these vaccines, too many children remain unprotected. Scaling up coverage of vaccines against Hib and pneumococcus in the world’s 73 poorest countries over the decade of 2011 to 2020 could avert US $51 billion dollars in treatment costs and productivity losses. This increase in vaccine coverage could also save 2.9 million lives and prevent 52 million cases of illness.

For many countries with remarkably low coverage, political conflict has played a major role in disrupting basic immunization services. In these areas, enhanced efforts to strengthen immunization systems are especially critical, as more and more children become displaced and even harder to reach for preventive services.

Streptococcus pneumoniae (pneumococcus) is a leading cause of pneumonia, and the most severe strains can now be prevented. Introduction of pneumococcal conjugate vaccines (PCV), which target pneumococcus, around the world occurred faster than expected. Thanks to a global effort to finance the vaccine for the world’s poorest countries, 59 out of 73 Gavi-supported countries have introduced the vaccine (source: VIEW-hub). Today, a total of 142 out of 194 countries provide PCV to their children, leading to a global coverage of 44%.

Even so, the pace has been remarkably slow in the largest countries that would have the greatest impact on reducing global pneumococcal deaths. Since PCV’s licensure in 2000, some of the highest pneumonia burden countries are still not using the vaccine in their routine immunization programs. The World Health Organization (WHO) estimates that Streptococcus pneumoniae kills close to half a million children under 5 years old worldwide every year, with most of these deaths occurring in these developing countries. More advocacy is needed to encourage countries to introduce PCV.

Haemophilus influenzae type b (Hib) was once a leading cause of pneumonia. Now, the vaccine is widely used across the globe in every country, except for China and Thailand, as a common part of the DTP-Hepatitis B-Hib pentavalent vaccine. Children in China have access to Hib vaccine in the private market, but its coverage levels are not well documented. In 2015, there were an estimated 30,900 deaths due to Hib in children ages 1-59 months globally. Many countries with a high pneumonia burden continue to fall below the GAPPD coverage target of 90%, such as Angola (52%), India (88%), and Chad (41%).

The DTP vaccine protects children from diphtheria, tetanus, and pertussis—commonly called whooping cough. Often it is provided in combination with hepatitis B and Hib vaccines in a pentavalent vaccine. Coverage of the DTP vaccine has remained steady since 2010, with 85% of the world’s children having received the required 3 doses (DTP3) of the vaccine in 2017. However, this rate falls short of the goal to achieve 90% or more DTP3 vaccination coverage at the national level and 80% or more in all districts in all countries by 2015—set by the Global Vaccine Action Plan (GVAP) for the Decade of Vaccines.

Pneumonia is a severe complication of measles, which can be prevented with inexpensive, highly effective vaccines. Measles is highly contagious and can also be deadly. Vaccination of older children is critical to preventing the spread of disease, especially among those too young to be immunized and in whom disease is most severe. Case in point: between 2000 and 2016, measles deaths plummeted by 84% thanks to vaccination.

More good news: By the end of 2017, 85% of children globally had received one dose of measles vaccine by their second birthday, and 167 countries had included a second dose as part of routine immunization. In addition, 67% of children received 2 doses of measles vaccine. Declining coverage levels can pose a real and substantial threat to the sustainability of previous successes achieved in measles prevention, as seen in the United States.

Water, sanitation, and hygiene (WASH) interventions are key to preventing the spread of pneumonia, diarrhea, and other illnesses. In high-risk communities where handwashing programs have been implemented, the number of pneumonia cases among under-5 kids was halved. Investing in this simple intervention for the most vulnerable children has potential to make a big impact. The UN recognizes that safe and clean drinking water and sanitation are human rights, essential to the full enjoyment of life and all other human rights.

Reducing air pollution reduces the risk of severe pneumonia in children. Indoor air pollution, which kills about half a million under-5 children each year, may come from many different sources, including cigarette smoking and the burning of biofuels for cooking and home heating. It’s possible to reduce severe pneumonia by using improved cookstoves that reduce household air pollution. Benefits of reducing pollution extend well beyond health and can help contribute to gender equality, economic growth, and addressing climate change.