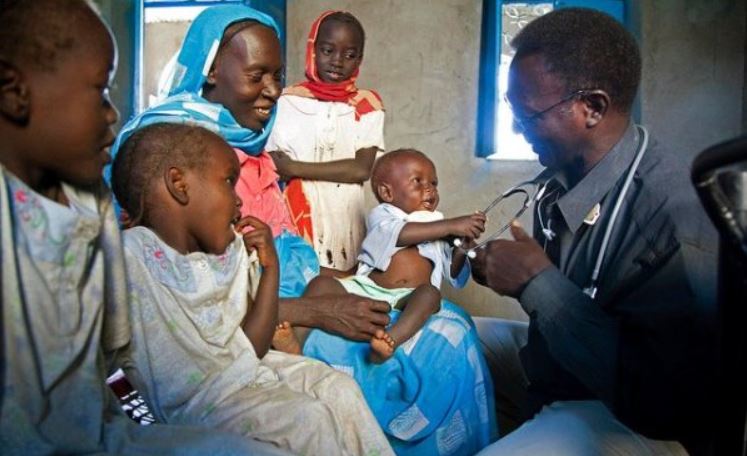 Authored by the Every Breath Counts Coalition

Is it our imagination or was it harder than ever to get the media to pay attention to pneumonia this World Pneumonia Day? Despite the best efforts of all who worked hard to get coverage, very few health journalists and mainstream media outlets wrote stories about pneumonia. Kudos to those below who managed to break through, and thanks for your efforts to push the pace of progress fighting the #1 infectious killer.

Using the latest Global Burden of Disease (GBD) data, ‘The Missing Piece’ report places the responsibility for such a high death rate on the historically low priority given to pneumonia by national governments, and the relatively low levels of international development assistance and research and development (R&D) spending allocated to pneumonia-related activities. “Pneumonia is a disease that has not caught the public’s attention, despite the massive number of deaths each year,” said Dr. Michael Head who has also been named as one of 10 global ‘Pneumonia Fighters‘ for pushing research boundaries.

New analysis conducted by Johns Hopkins University and Save the Children reveals 11 million children will die from pneumonia by 2030 if nothing changes. The in-depth modeling, released on World Pneumonia Day, also shows that more than four million of these deaths — more than a third — could be easily averted with concerted action to improve rates of vaccination, treatment, and nutrition. Without action, the aid organization’s forecasts show Nigeria, India, Pakistan, and the Democratic Republic of Congo (DRC) are likely to bear the highest burden of deaths.

Eight out of 15 countries assessed failed to meet the targets for any of 10 interventions to protect against and treat pneumonia and diarrhea, as outlined in the World Health Organization and UNICEF’s Integrated Global Action Plan for the Prevention and Control of Pneumonia and Diarrhea (GAPPD), according to a report from IVAC. Two of the countries met the 90% target coverage rate for at least four vaccines. On treatment measures, none of the 15 countries were able to attain the 90% targeted level of coverage.

4. Researchers question benefit of antibiotics for all cases of fast-breathing pneumonia (Healio.com)

Children with fast-breathing pneumonia who were treated with oral amoxicillin had a significantly lower rate of treatment failure compared with children who received a placebo, according to results of a randomized clinical trial published in JAMA Pediatrics. However, by day 4, treatment outcomes were comparable between the two groups.

5. Pneumonia is a neglected problem: it is now time to act (theLancet.com)

Pneumococcal pneumonia is by far the leading cause of lower respiratory infection incidence and mortality. Pneumonia will likely worsen given the increasing proportion of elderly patients, the increased number of co-morbidities, the widespread use of immunosuppressive drugs, and global climate changes and worsening air pollution. Sadly, the most concerning evidence is that pneumonia mortality has not substantially changed since the introduction of antibiotics in the 1950s.

It will be a formidable task to stop the spread of pneumonia, and an even harder one to eradicate the disease. The joint UN/WHO/UNICEF initiative Stop Pneumonia aims to “Protect, Prevent, and Treat” the illness. For this reason, every year November 12th is marked as World Pneumonia Day. World Pneumonia Day hopes to raise awareness for the disease, and promote any action that contributes to protection, prevention and treatment of pneumonia.

7. Africa’s health Paradox: Pneumonia is preventable but still kills 16% of children under the age of 5 (AfricaNews.com)

Africa remains a continent full of incomprehensible contradictions. Take Pneumonia for instance. It is a preventable disease but still kills more children under the age of 5 than many well known diseases combined.At least 16 percent of all children who die under the age of five, especially in Africa, are killed by pneumonia, a disease that can be prevented by a vaccine.As expected, the most affected children live in poor and rural communities in many African countries that often lack access to vaccines and other prevention and treatment tools.

Hamish Graham from the Centre for International Child Health at the Royal Children’s Hospital Melbourne, Australia was awarded the CSL Florey Award for his work in increasing access to pulse oximetry and oxygen with Oxygen4Life in Nigeria.

9. Global childhood pneumonia: the good news, the bad news, and the way ahead (thelancet.com)

Pneumonia suffers from a low profile according to the Lancet Global Health. Pneumonia burden is highest among the poor and voiceless, both socially and geographically, and presents a complex problem with no simple solutions that requires horizontal strengthening of health systems. Thus pneumonia is often ignored. This problem cannot be solved through isolated national efforts alone.

10. How An Engineer Looking to Improve Pneumonia Diagnosis Learned to Be A Founder (Hypepotamus.com)

With Nopneu’s diagnostic test, doctors can test for pneumonia from anywhere. After collecting the sample, the test’s color change will take place if the target bio marker of pneumonia is present.

“The goal is just to be able to diagnose it faster so you can start treatment,” says Adeniyi. The primary target user is children under the age of five. This past April, Adeniyi’s pitch won Georgia Tech’s Ideas to Serve competition, which awards entrepreneurs with solutions to social, economic and environmental challenges.

12. Why do some people die from pneumonia? (Health.com)

Model and actress Kim Porter was found dead yesterday in her California home at age 47. While the cause of death is still undetermined, People reported that she may have been suffering from pneumonia in the weeks leading up to her death.

Ending on a high note:

Hamish Graham was just awarded the inaugural CSL Florey Next Generation Award for his work in Nigeria increasing access to pulse oximetry and oxygen in partnership with the local Oxygen4Life Alliance (including Drs Falade and Bakare from the University of Ibadan), and UNICEF announced a new $US4M SPRINT program to demonstrate how best-practice pneumonia diagnostic and treatment innovations can become fully accessible to sick children in 4 districts across 2 countries – see flyer below.