On World Health Day, we’re drawing attention to what remains the largest infectious cause of child deaths globally – pneumonia. Here are a few facts and thoughts about this silent killer. 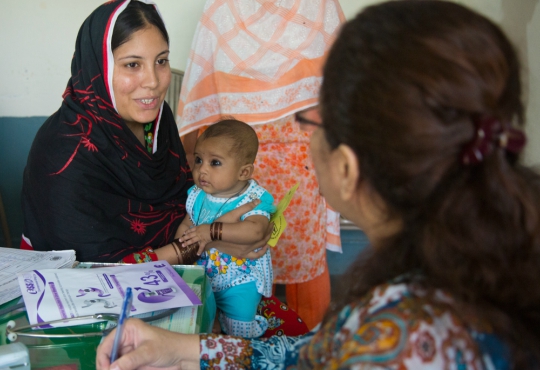 This post originally appeared on Save the Children UK on April 7, 2017 and is cross posted here with permission.

By: Samy Ahmar, Acting Head of Health at Save the Children UK
Photo Credit: © 2012 Derek Brown/USAID, Courtesy of Photoshare

Pneumonia kills more children than any other infectious disease. Globally, close to 1 million under five children die from this preventable disease every year – the equivalent of more than 2,500 dying every day. That’s more than the death tolls of diarrhoea, malaria and HIV combined for this age group. Yet you will hear of no global campaign or cause to end pneumonia.

Unlike tropical diseases such as malaria, dengue or yellow fever, pneumonia’s footprint is global. Almost half a billion cases of pneumonia are recorded every year around the world, with a high concentration among children and the elderly, the age groups that are most vulnerable to the disease. It’s so widespread that news of celebrities succumbing to the disease is not uncommon. Cases include the ‘Godfather of Soul’ James Brown, who died from pneumonia in 2006, and the French actor Guillaume Depardieu, who died from the disease in 2008 at the young age of 37. More recently, Hillary Clinton’s campaign for the American presidency was thrown off balance when she was diagnosed with a mild form of pneumonia.

But look at the figures more closely and a different picture emerges. The vast majority of children contracting pneumonia live in poor countries and in the poorest parts of middle-income countries. Child deaths from pneumonia are even more concentrated in the poorest parts of the world. Roughly three-quarters of child deaths caused by pneumonia occur in just 15 ‘high burden countries’, all of which, with the exception of China, are poor or lower middle-income countries. A child born in Nigeria is 330 times more likely to die from pneumonia than a child born in the UK.

As with most child survival indicators, significant progress has been achieved in the past couple of decades in reducing the burden of pneumonia. Child deaths from pneumonia have nearly halved globally since 2000. But this disease has lagged behind diarrhoea, malaria, measles and AIDS. It’s coming down too slowly – and in many countries, not at all.

Some countries are making impressive progress. Bangladesh, China or Indonesia are reducing pneumonia-led mortality at such a fast pace that they will likely ‘graduate’ from the list of high burden countries within a few years. Ethiopia has also achieved an impressive pace of accelerated reduction in pneumonia deaths over a number of years, as have Rwanda or Nepal.

In bleak contrast, in Nigeria – which has probably overtaken India as the largest contributor to child pneumonia deaths in the world today – more children are dying from the disease than in the year 2000. A total of 130,000 children died from pneumonia here in 2015. Children in other countries are faring even worse: in the Democratic Republic of Congo, Somalia and Sierra Leone, the number of child deaths caused by pneumonia is increasing year on year, almost keeping pace with population growth.

Pneumonia is an infection of the lungs, and is most often bacterial or viral, though it can also be caused by fungus or parasites. The mucus created in the lungs provokes coughing, shortness of breath and fever, among other symptoms. As the lungs fill with fluid their ability to intake oxygen decreases.

The disease can be acquired in many different ways in the community, usually from breathing the germs into the lungs. It is also very commonly acquired in hospital settings, and is frequently associated with or provoked by other conditions. There are 30 different known causes of pneumonia, and consequently there’s no silver bullet to eradicate it. However, a range of effective strategies does exist to control the disease and considerably reduce its deadly impact. Here are a few.

First, there’s vaccination. Two types of bacteria account for a large proportion of cases of pneumonia, and vaccines exist to protect from both: PCV (pneumococcal conjugate vaccine) and Hib vaccine for the haemophilus influenzae type b. Both vaccines have been around for decades and repeatedly proven their ability to protect from pneumonia.

For those who do contract the disease, treatment exists, is widely accessible and is relatively cheap. While pneumonia can be either bacterial or viral, the absence of rapid diagnostic tests means it is usually impossible to know which, and cases of ‘co-morbidity’ – where viral infections pave the way for bacterial intrusion or vice versa – are very common. So the default treatment is antibiotics. Amoxicillin represents the single greatest chance of survival for children sick with pneumonia.

Additionally, a number of risk factors for pneumonia can be mitigated through improved family practices that can prevent children from getting ill in the first place. Exclusive breastfeeding strengthens children’s immune system, and systematic handwashing with soap limits the circulation of germs in families.

A Consequence of Gross Inequality

Pneumonia is a powerful illustration of global and intra-country inequalities in access to basic healthcare, and the notion that where a child is born determines his or her chances of survival. For the following reasons:

Indoor air pollution caused by wood cooking stoves in small, single room dwellings increases the chance of contacting the disease. Nutrition is also a very important risk factor, and some studies suggest malnutrition increases the likelihood of dying from pneumonia 15-fold (). The links between child poverty and malnutrition are extensively documented, which means by extension that the poorest children are more vulnerable to pneumonia.

Our own research suggests that those being left behind and not accessing routine immunisation are the poorest children, and children from communities affected by conflict or living in neglected areas such as urban slums – a booming feature of hundreds of cities across sub-Saharan Africa and South Asia.

Moreover, while Hib vaccine coverage has reached fairly high levels and is part and parcel of routine immunisation in most countries, PCV coverage is still low at 40% across the developing world. The high cost of PCV, which is only produced by a handful of pharmaceutical companies, is one of the main reasons behind its slow adoption by poor and emerging countries, although some also argue that the evidence of the vaccine’s effectiveness is still too weak.

Antibiotics are cheap, and locally manufactured generics are produced in a lot of developing countries. In spite of that, these essential drugs still do not make their way down to the health facilities and health posts where they are needed to save lives. Heart-breaking stories abound across much of Africa of mothers and their sick babies turned away by clinics because they were out of stock of amoxicillin, and of powerless health workers prescribing a drug they know full well won’t be found until it is too late.

A complex disease, with many possible causes, compounded by a number of environmental risk factors, and deeply intertwined with a web of poverty, marginalisation and policy issues: pneumonia is exceptionally hard to tackle. No wonder progress to reduce its global burden has been slower than for other conditions. But in spite of those challenges, we believe this is a fight we can win.

To be successful, an ambitious and sustainable movement to tackle pneumonia must:

Learning from countries such as Ethiopia, Bangladesh, Malawi and India, which have spectacularly succeeded in reducing deaths caused by pneumonia over a sustained period of time, will be critical. As I’ve blogged previously, it can’t be a coincidence that pneumonia-led mortality has decreased most markedly in places where the government has rolled out and championed some of the most comprehensive forms of community case management, or ICCM – and which was recently signed off as Save the Children’s main ‘common approach’ for child health.

Improving the affordability and coverage of life-saving vaccines such as PCV and Hib is also a key feature of our work and a strategic priority for the coming years. Our immunisation work already spans a range of development and humanitarian contexts, and vaccines feature prominently in our health advocacy work.

We’ll also need to understand the social determinants of pneumonia in much greater detail. For instance, global evidence suggests that girls are more likely than boys to succumb to the disease, which smacks of deeper, often overlooked gender inequalities in newborn and child health.

Crucially, we’ll need to build partnerships and coalitions the world over to take on this mighty disease to stand the chance of beating it. For this is how sustainable change happens. 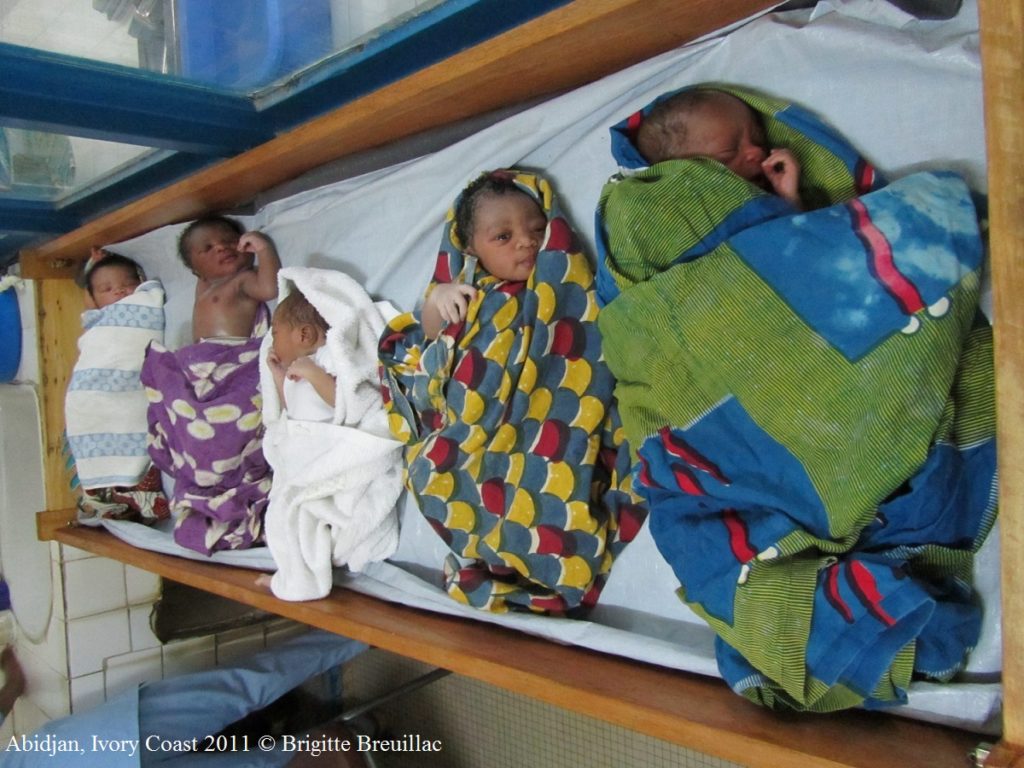 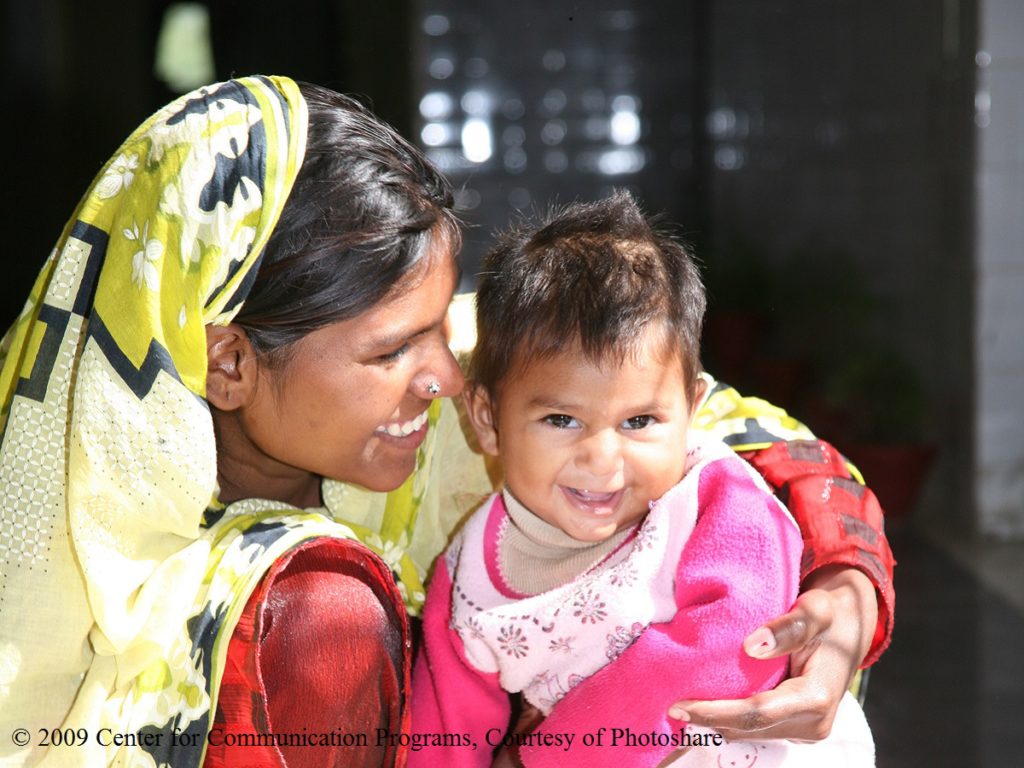