Pneumococcal vaccines: the next generation

14 Nov Pneumococcal vaccines: the next generation

Posted at 13:38h in Uncategorized by Mica Williams

Article originally posted on the PATH Blog on November 10th, 2017. 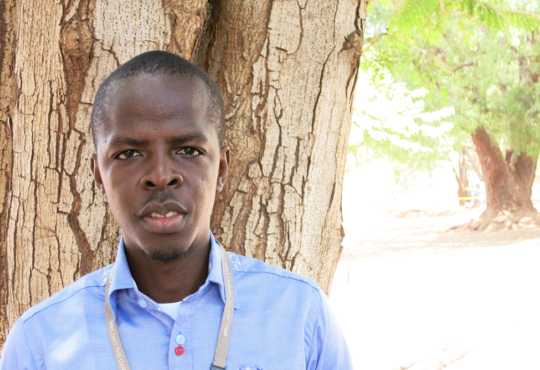 From a young age growing up in Nigeria, Dr. Adedapo Bashorun knew he wanted to help people. As a boy, he had a particular knack for soothing his mother when she was feeling unwell, even if just rubbing her feet after a long day.

“I felt such joy and satisfaction whenever I helped my mom feel better,” he recalls. “That’s where it all started.”

The prospect of helping individuals was enough to drive his eventual decision to become a doctor. But it was only when he moved to The Gambia to work with the MRC Unit The Gambia (MRCG) on vaccine clinical trials that he would get the opportunity to help people on a grand scale.

His current role as a clinical trial coordinator is no exception. The study that he’s working on is a collaborative effort between MRCG and PATH to evaluate what could be one of the next generation pneumococcal vaccines.

The global health goal? To protect the world’s poorest, most vulnerable children from pneumococcal disease at a cost that is affordable over the long term.

Why are additional pneumococcal vaccines needed?

The pneumococcus is the most common cause of severe childhood pneumonia. It also causes deadly or debilitating infections like meningitis, and sepsis (blood infection). Overall, hundreds of thousands of children are estimated to die each year from pneumococcal disease worldwide, mostly in low-resource countries in Africa and Asia.

Effective pneumococcal vaccines already exist and are saving lives around the world. They’re called pneumococcal conjugate vaccines (PCVs) and protect against 10 to 13 kinds (serotypes) of pneumococcus, depending on the vaccine. (There are more than 90 serotypes in total.)

“PCVs have been effective. No doubt about that in The Gambia,” says Dr. Bashorun. “If you look at the pneumonia cases that come to the hospital, they’re actually less serious than a decade ago before PCVs were introduced here. That’s a remarkable improvement.”

These existing PCVs, however, are relatively expensive to produce and only affordable for low-resource countries with substantial help from donors like Gavi, The Vaccine Alliance. With donor support, they cost a little more than US$3.00 per dose, but require three doses to fully protect a young child. Through a co-financing policy, countries pay a portion of that cost and Gavi picks up the rest. In the long run, however, Gavi support is designed to phase out and that is when the health budgets in many countries will be stretched thin.

Questions are how will the lowest-income countries safeguard their ability to pay for PCVs and provide them to their children over the long term? Is there a more efficient solution to help country and donor funds go farther?

“What’s needed is a less expensive alternative vaccine that performs on par with existing ones,” explains Dr. Bashorun. “If you can save funds when buying the vaccine and put them into other health priorities, that could improve the whole health sector and everybody would benefit from the more affordable vaccine if licensed.” 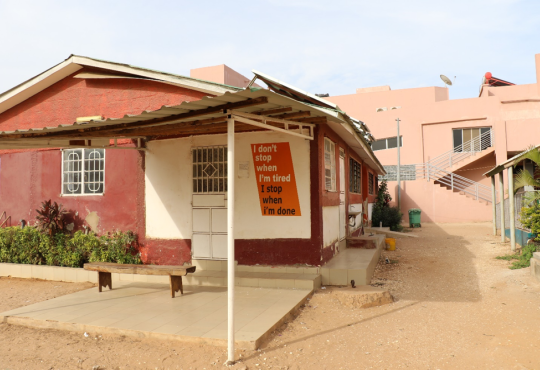 Evaluating the next generation of pneumococcal vaccines

That’s why MRCG and PATH have been conducting clinical trials for a next-generation PCV candidate developed by the Serum Institute of India, Pvt. Ltd. The Serum Institute vaccine is designed to protect children in low-resource countries from the kinds of pneumococcus that cause the most disease where they live at less than two-thirds of the usual cost.

“Let’s put it in raw figures,” Dr. Bashorun explains. “Say the government is putting more than $9 per child into the current vaccines, but is then able to get a similarly effective vaccine for $6 per child, the other $3 can go somewhere else in the health system. That’s very helpful.”

In June 2017, the latest clinical trial began with the goal of evaluating how the PCV candidate performs in a large target population of infants in The Gambia, one of many African settings where the vaccine could be beneficial. It’s the pivotal study needed before the vaccine can be eligible for approval and made available in low-resource countries like The Gambia.

It follows earlier clinical trials in The Gambia and India that supported advancing into the current stage of evaluation. It is also a continuation of The Gambia’s tradition of pioneering vaccine clinical trials that contribute to the fight against pneumonia and other pneumococcal diseases.

Dr. Bashorun’s role is to coordinate across all of the study clinicians, screen and enroll study participants, ensure that participants receive quality medical care, and prepare standard operating procedures. Everything by the book and according to the highest international standards.

Overall, the initiative is one among several trying to advance vaccine solutions that can more affordably prevent pneumococcal disease. Among such options are protein-based vaccines designed to protect across all kinds of pneumococcus, including a whole cell vaccine whose development PATH is supporting with partners outside of The Gambia.

Hope for a future solution 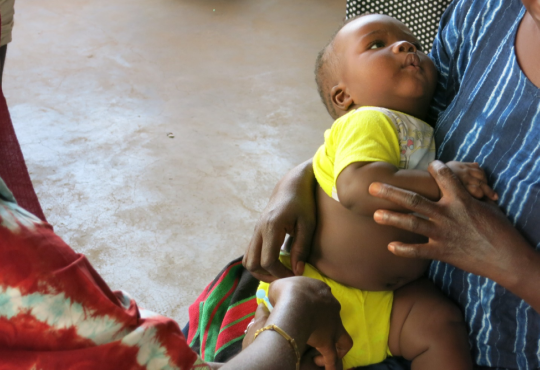 Photo: PATH/Lauren Newhouse
Vaccines are one of the best ways to prevent pneumococcal disease. Additional pneumococcal vaccines are needed so that low-resource countries can afford to protect children like this over the long term.

As a physician, Dr. Bashorun lives for when he can treat someone and send them home feeling better. “Those are the kinds of moments that put a smile on your face,” he reflects.

But then there are the other times.

“The challenging part is when you have needless deaths because you don’t have the resources to manage a situation in this part of the world. For instance, if you don’t have oxygen to treat pneumonia. Those scenarios break your heart,” he says. “What drives me into research is that I believe in preventing disease before it happens.”

The next-generation vaccine research going on now in The Gambia is an important step toward prolonging the ability of low-resource countries to do just that—stop pneumococcal disease before it starts.

Though it’s too early to know what the results of the current PCV trial will be, the effort is proceeding smoothly in no small part thanks to The Gambia’s vaccine clinical trial experience and health infrastructure.

“The primary health system in The Gambia is remarkable,” he explains. “I think that’s the backbone that drives the research here, especially at the community level. The public health officers and community health workers have really been a big support for the studies and in disseminating information to the community.”

And then he adds, “With more support, they’ll do more.”

With luck, more support for health systems in The Gambia and other countries will come sooner rather than later in the form of a next-generation pneumococcal vaccine that’s safe, effective, and inherently affordable all in one.

If this comes to pass, it would be cause for mothers the world over to celebrate.

Want to learn more about vaccines against pneumococcal disease and how PATH’s work fits in? Read the National Geographic article “Here’s Why Vaccines Are So Crucial.”