PATH: Is the pneumonia prevention toolkit about to get bigger?

Home > Blog  > PATH: Is the pneumonia prevention toolkit about to get bigger?

11 Nov PATH: Is the pneumonia prevention toolkit about to get bigger? 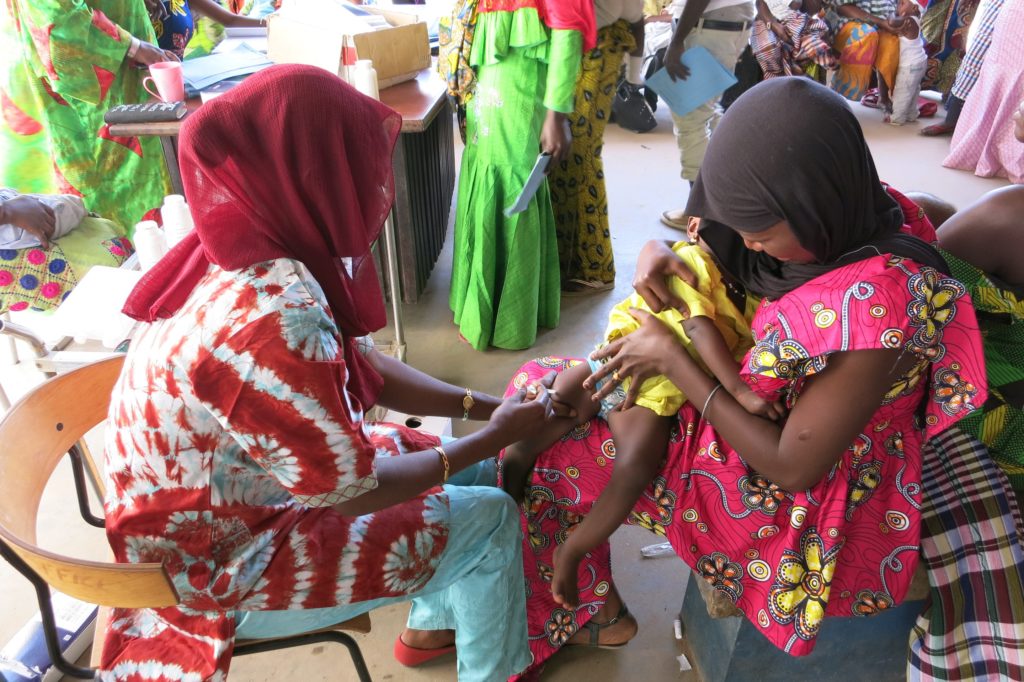 Current vaccines and treatments save lives, but families need more options to fight pneumonia. Could new vaccines in the pipeline be game changers for defending young children from major causes of pneumonia? Photo: PATH/Lauren Newhouse

New vaccines on the horizon, if successful, could help resource-strapped countries make valuable headway against the world’s #1 child killer—pneumonia.

“Pneumonia kills more children before their fifth birthdays than any other infectious disease worldwide.” We’ve been saying this for a long time—too long. Even though child deaths from pneumonia have been halved over the past two decades thanks, in large part, to vaccines and treatments, this phrase is still true. The obvious question is, how can that be?

The reality is that pneumonia has many causes still needing to be addressed and current prevention and treatment tools aren’t yet reaching everyone who needs them—especially in countries where healthcare resources are limited. Despite these challenges, when asked if there’s hope of ending pneumonia’s reign at the top, our answer is a resounding “Yes.” New vaccines in late-stage development are some exciting reasons why. Here are a couple important ones to note.

A pneumococcal vaccine that cuts costs, not protection

A new vaccine is getting close to completing development targeting the most common cause of severe childhood pneumonia—the pneumococcus. This bacterium takes its greatest toll on children in Africa and Asia and causes other infections that kill or disable children such as blood infection and meningitis. Current pneumococcal vaccines are highly effective against some, but not all, of the pneumococcus’ many varieties. They are, however, one of the most complex and expensive vaccines to manufacture. In fact, without considerable support from funders like Gavi, the Vaccine Alliance, many low-resource countries can’t afford the current vaccines. For many countries ineligible for Gavi support, these vaccines are impossible to afford.

We urgently need additional pneumococcal vaccines that protect on par with current vaccines but are significantly less expensive so that countries can access them over the long term. To address this issue, PATH and partners are studying a vaccine candidate developed by the Serum Institute of India, Pvt. Ltd. that is made using similar technology as current vaccines but is significantly less expensive and tailored to the pneumococcus varieties most common in Africa and Asia. It’s designed to provide the same quality of protection for more than a third less cost, which would free up valuable funds for other health priorities, including other pneumonia prevention strategies for example.

What’s most exciting is that the vaccine could be considered for licensure in the next year so that it can ultimately be made available to low-resource countries—and start saving lives. Stay tuned!

Another tool possibly on deck is a vaccine against respiratory syncytial virus (RSV). If you haven’t heard of RSV, you’re probably not alone. If you have, we’ll wager that you’re either a parent or a doctor. We say this because RSV is one of the leading causes of infant hospitalizations in the world (around 1.4 million annually in the first six months of life). Parents and doctors are too often the unfortunate witnesses to the alarming breathing difficulties that RSV can cause for infants.

RSV is worldwide and sickens more than 30 million children younger than five years of age each year, but for older children the illness is mostly mild and easily confused with a common cold. For infants, however, it too often turns into pneumonia or bronchiolitis (inflammation of the small airways in the lung), which can be deadly if treated too late. Almost all the estimated 120,000 annual deaths due to RSV occur in countries with limited health care and before six months of age. 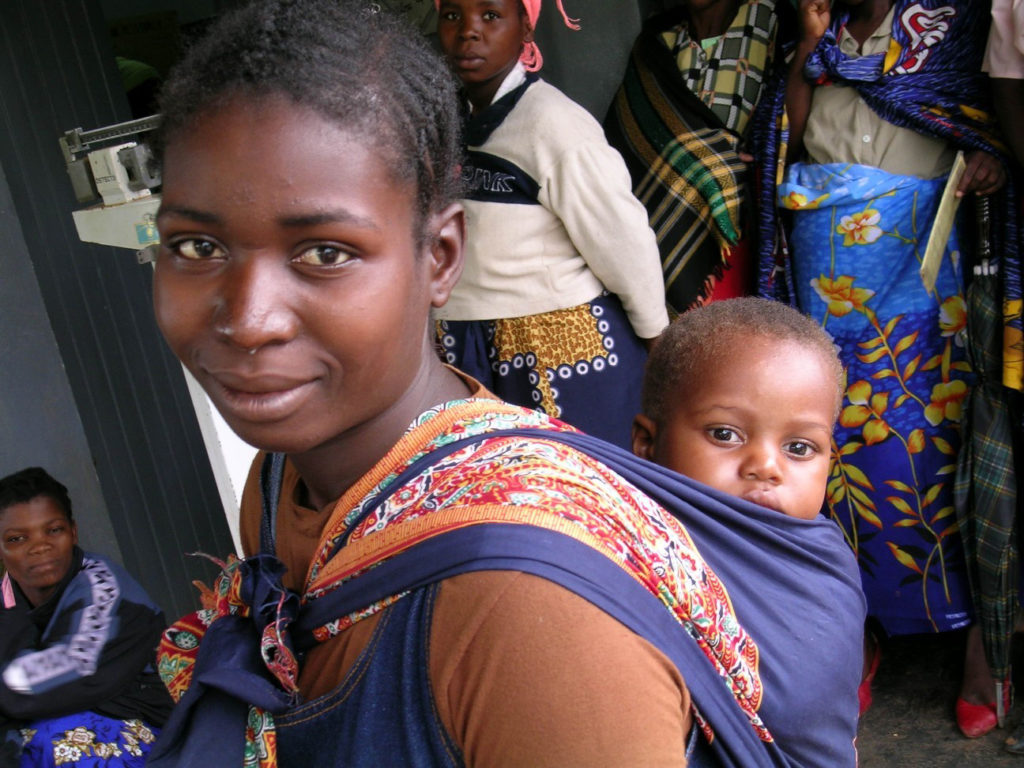 When a woman gets vaccinated during pregnancy against certain diseases, some of the immunity she builds can pass to her baby, which protects at birth and for months thereafter. This approach could be an answer for RSV. Photo: PATH/Evelyn Hockstein

RSV is so widespread in part because there’s no vaccine against it. Fortunately, multiple vaccine candidates are in development, the most advanced of which is designed to be given to expectant moms, not babies. This approach, maternal immunization (MI), is based on the principle that some of the immunity a pregnant woman builds after getting vaccinated also passes to her baby, providing protection at birth and for months thereafter. MI itself is not new and is used safely and effectively to protect against several diseases, including tetanus, influenza, and pertussis (whooping cough). What’s new is that, if successful, this vaccine would be the first against RSV, the first specifically designed and labelled to be given to mom to protect baby, and one of the first targeted for near-simultaneous introduction in high- and low-resource countries.

“New pneumococcal and RSV vaccines are just two examples of potential future additions to the global health toolkit that fuel hope of one day removing pneumonia from the list of deadliest childhood diseases.”

Though exciting, getting this first-in-class vaccine from development to routine delivery for pregnant women is not a given. It could be approved by as early as 2021, so we have a lot of work to do as a global health community beforehand. We need to ensure that global and country decision-makers have the evidence they need to make informed decisions about RSV MI and figure out how the vaccine can be delivered in a way that meets needs across immunization and antenatal care programs.

At PATH, we’re helping to chart the next steps. Along with the World Health Organization, we’re coordinating the Advancing Maternal Immunization collaboration to home in on where efforts should be directed. We recently released an analysis that identifies gaps in evidence and conditions that need to be filled for RSV MI to be possible in low- and middle-income countries (LMICs). We’re also producing a roadmap in the coming months to provide guidance on priority activities for filling those gaps and advancing RSV MI decision-making and delivery in LMICs.

Preparing for the future

New pneumococcal and RSV vaccines are just two examples of potential future additions to the global health toolkit that fuel hope of one day removing pneumonia from the world’s list of deadliest childhood diseases. Other strategies are also hard at work to apply the full suite of prevention and treatment measures (such as vaccines, antibiotics, oxygen therapy, good nutrition, clean air, and handwashing), and to leverage resources to tackle pneumonia together with another leading child killer—diarrhea.

Waiting is hard when powerful solutions are hovering on the horizon. On the flip side though, it’s motivating to have something to look forward to. Now’s the time to prepare so that, when these tools are available, we’re poised to use them to their greatest benefit.