The Gambia: At the epi-center of progress in pneumonia prevention

Home > Uncategorized  > The Gambia: At the epi-center of progress in pneumonia prevention

14 Nov The Gambia: At the epi-center of progress in pneumonia prevention

Posted at 13:35h in Uncategorized by Mica Williams

Article originally posted on the PATH Blog, on November 10th, 2017.

Perspectives from a mom, an immunization manager, and a handful of clinical investigators 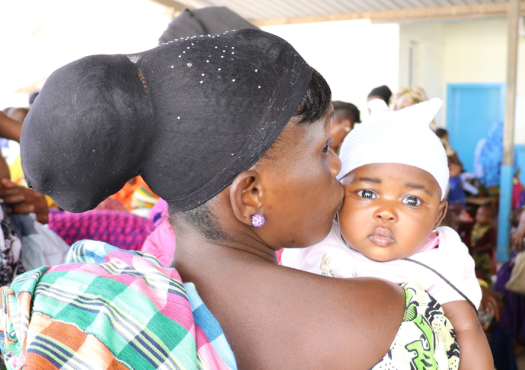 The Gambia is the smallest country in Africa. Bisected by a river, it extends eastward from the Atlantic Ocean like a finger—almost entirely surrounded by Senegal except for a scenic 70 kilometer stretch of ocean on the western coast.

But, don’t be fooled by the small geographic footprint. The Gambia is doing big things in global health and has been for a long time. This is especially true for pneumonia.

A particularly intriguing plotline is The Gambia’s prominent place in the fight against the pneumococcus—the most common cause of serious childhood pneumonia. Pneumonia is the #1 killer of children before their fifth birthdays worldwide—taking more than 900,000 young lives each year.  In addition to causing pneumonia, the pneumococcus can also lead to deadly and disabling infections like sepsis and meningitis (infections in the blood and around the brain, respectively).

PATH has a long history of collaborating with partners in The Gambia to advance health goals against a number of diseases, including those due to the pneumococcus. A recent visit to The Gambia was our chance to hear more about the country’s central role in the evolution of countermeasures against pneumococcal disease from individuals involved along the way. This blog series chronicles what they had to say, including perspectives from: 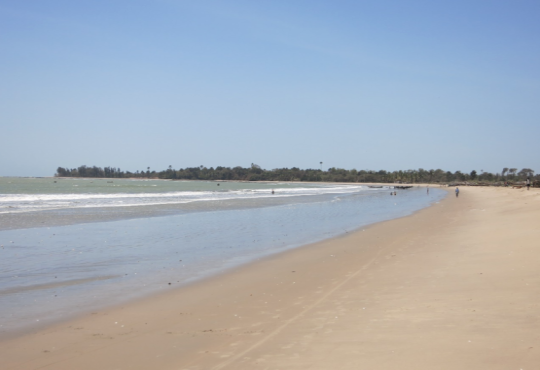 Photo: PATH/Lauren Newhouse
The Gambia’s scenic coastline from Paradise Beach. Fishermen bring in their catch in the distance.

Back in 2009, The Gambia made headlines as one of the first countries eligible for support from Gavi, the Vaccine Alliance to introduce the pneumococcal vaccine into their routine childhood immunization program. As an early adopter, The Gambia served as a model for other low-resource countries. Today, around 60 Gavi-eligible countries have introduced the vaccine, with more to come.

The Gambia’s involvement, however, goes beyond just having the foresight to adopt the vaccine early. Remarkably, the country has been involved in vaccine and other research to combat pneumonia and other pneumococcal diseases for decades. MRC Unit The Gambia (MRCG), this year celebrating its 70th anniversary, has been doing so since the 1980s. Starting in the 2000s, it was one of the key clinical research institutions to evaluate a predecessor to one of today’s pneumococcal vaccines in a low-resource setting. It then went on to study the impact of the vaccine after introduction in the country.

Flash forward to today and The Gambia’s role has not diminished. MRCG continues to study the impact that pneumococcal vaccines are having on disease in infants and children and new ways to use the existing vaccines. It is also partnering with PATH to evaluate a new pneumococcal vaccine candidate designed to provide a high quality of protection at substantially lower cost than current vaccines. 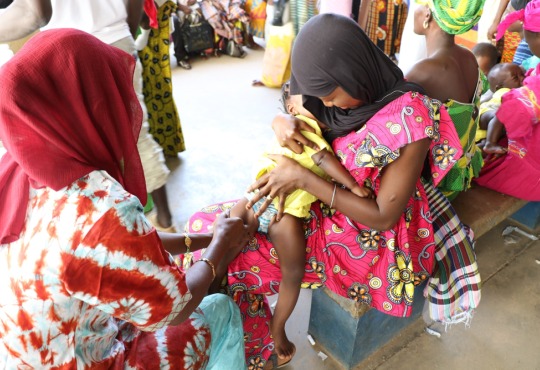 Photo: MRC Unit The Gambia/Aisha Sarr Ya Bajen
A child is vaccinated at an immunization clinic in Serekunda, The Gambia, where children can receive their routine childhood immunizations, including pneumococcal vaccine.

Illuminating a vantage point for the future

Through the personal accounts in this blog series, we gain an inspiring vantage point for what a small country like The Gambia can accomplish with a combination of domestic commitment and support from the global health community. These eye witnesses also make clear, however, that there’s a job left to be done in the pneumonia and pneumococcal space—for children in The Gambia and beyond.

More affordable vaccine options are urgently needed so that countries like The Gambia will continue to vaccinate against pneumococcal disease when Gavi support is phased out over a number of years. The importance of making the full suite of prevention and treatment tools more accessible (such as vaccines, oxygen therapy, antibiotics, clean air, handwashing, exclusive breastfeeding, and good nutrition) also rings loud and clear. And, leveraging resources to combat pneumonia and diarrhea together remains vital for efficiently tackling these top child killers.

On the global stage, The Gambia offers a rare microcosmic view into how far we’ve come and where we’re going in the effort to defeat pneumonia. Let it be an inspiration to all of us to keep moving forward—one step at a time, every step of the way.

Want to learn more about vaccines against pneumococcal disease and how PATH’s work fits in? Read the National Geographic article “Here’s Why Vaccines Are So Crucial.”