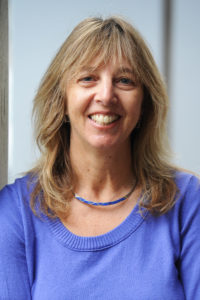 Ongoing research in South Africa, led by Professor Heather Zar of the University of Cape Town, is identifying the links between antenatal and post-natal tobacco smoke exposure on child pneumonia, giving us a window into the role maternal and household smoking has on children’s respiratory health. The study is showing that children are prime targets for the adverse effects of tobacco use, whether exposed in utero (during pregnancy) or in early childhood. We have the evidence and can intervene and protect children by reducing maternal and household smoking.

Q: Can you tell us about your research and what you have found so far?

A: We are investigating the link between tobacco smoke exposure during pregnancy and in the first few months after birth, on the incidence and severity of childhood pneumonia in the outskirts of a peri-urban area in South Africa in a low socioeconomic population. We are looking at the potential interaction of tobacco smoke exposure with exposure to other forms of indoor air pollution, such as particulate matter (a mixture of solid particles and liquid droplets found in the air such as dust, dirt, or soot) or volatile organic compounds, as well as other risk factors for pneumonia such as poor nutrition, on childhood pneumonia. We measure antenatal and post-natal exposure to tobacco smoke and exposure to indoor air pollution in the home. Lastly, we are measuring the impact of environmental tobacco smoke and indoor air pollution on child lung health broadly by measuring lung function in children at six weeks and annually. We have found that exposure to environmental tobacco smoke before birth leads to impaired lung function by six weeks of age, which may predispose a child to pneumonia.

A: Environmental tobacco smoke exposure has been shown to increase a child’s risk for developing many respiratory conditions including pneumonia, wheezing illness, bronchiolitis, and asthma, and reduced lung function. Environmental tobacco smoke has been identified as a risk factor for RSV, bronchiolitis, and severe influenza disease. Further, it has been associated with increased severity of disease—development of more severe pneumonia requiring hospitalization, longer hospital stays, or intensive care unit admission—or more severe asthma attacks. Long-term studies show exposure in early life is linked to the development of chronic obstructive pulmonary disease (COPD) in adulthood. Tobacco smoke exposure in utero has been associated with low birth weight or prematurity, and these children also have a higher risk of lung disease such as bronchopulmonary dysplasia, a chronic lung disease that can affect newborns and infants.

Q: Is the effect pathogen-specific? Do you see a stronger link for viral or bacterial respiratory infections?

A: An association has been shown for lower respiratory tract infection from RSV and for influenza, as well as for severe disease from these pathogens in children who have environmental tobacco smoke exposure.

Q: Is there a link between changes in the quantity or severity of environmental tobacco smoke exposure and the change in pneumonia risk? Have you seen any difference in the effect of maternal smoking versus paternal smoking?

A: Maternal smoking during pregnancy seems to be a very important risk factor for pneumonia, wheezing, or development of asthma in children. In terms of pneumonia, there seems to be an additive effect if a child is exposed to maternal smoking and to smoking of another household member. A 2011 systematic review reported if either parent smoked, the child’s risk for pneumonia was substantially increased (the odds ratio for developing pneumonia was 1.22, or a child was 22% more likely to contract pneumonia if they lived in a household where one parent smoked); this increased to 62% greater risk if both parents smoked, and 54% if an additional household member smoked.16 In the Drakenstein Child Health Study, maternal smoking during pregnancy was associated with a two-fold risk of developing pneumonia in those infants.

Q: What are some of the long-term effects of exposure to smoking at such a young age?

A: In the long term, a key risk is the development of COPD in adulthood. We are also finding that early life pneumonia further reduces lung function; by predisposing a child to pneumonia, environmental tobacco smoke exposure is also predisposing them to further impairment of lung health. 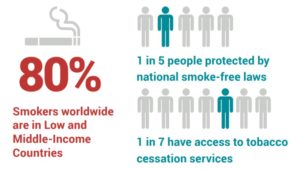 Q: Where do we go from here? Are there opportunities to apply what we are learning about smoking and child pneumonia in a policy setting?

A: There is an important opportunity to strengthen smoking cessation programs and to focus on women of reproductive age for these strategies. Smoking cessation does not receive a lot of attention in low- and middle-income countries (LMIC). This is a key area that can be strengthened to improve maternal and child health.

Heather Zar, MD, PhD, is the Professor and Chair of the Department of Paediatrics and Child Health, and Director of the MRC Unit on Child & Adolescent Health at the Red Cross War Memorial Children’s Hospital at the University of Cape Town, South Africa. Zar is also the current president of the Pan African Thoracic Society and serves on the Forum of International Respiratory Societies. In 2014, she was the first pediatrician to receive the World Lung Health award.

Editorial Commentary: South Africa has led the charge with strong cigarette taxes and bans on public smoking, and they are not alone. But while we know how to cut tobacco use and reduce second-hand exposure to tobacco smoke, global and country-level commitment is needed to implement those policies. Just one in five people worldwide is protected by national smoke-free laws, and about one in seven has access to national, fully or partially covered tobacco cessation services.17 Even fewer live in countries with tobacco taxes amounting to more than 75% of the retail price. The burden of smoking-related illness and death is disproportionately heavy in LMIC, home to 80% of smokers worldwide, yet a quarter of low-income countries have no cessation services. By rallying together to promote and enact common-sense policies and programs to reduce tobacco smoke exposure at every age in every country—especially LMIC, where these interventions are needed most—the global community can protect children from pneumonia and the other debilitating and deadly respiratory effects of tobacco smoke exposure. 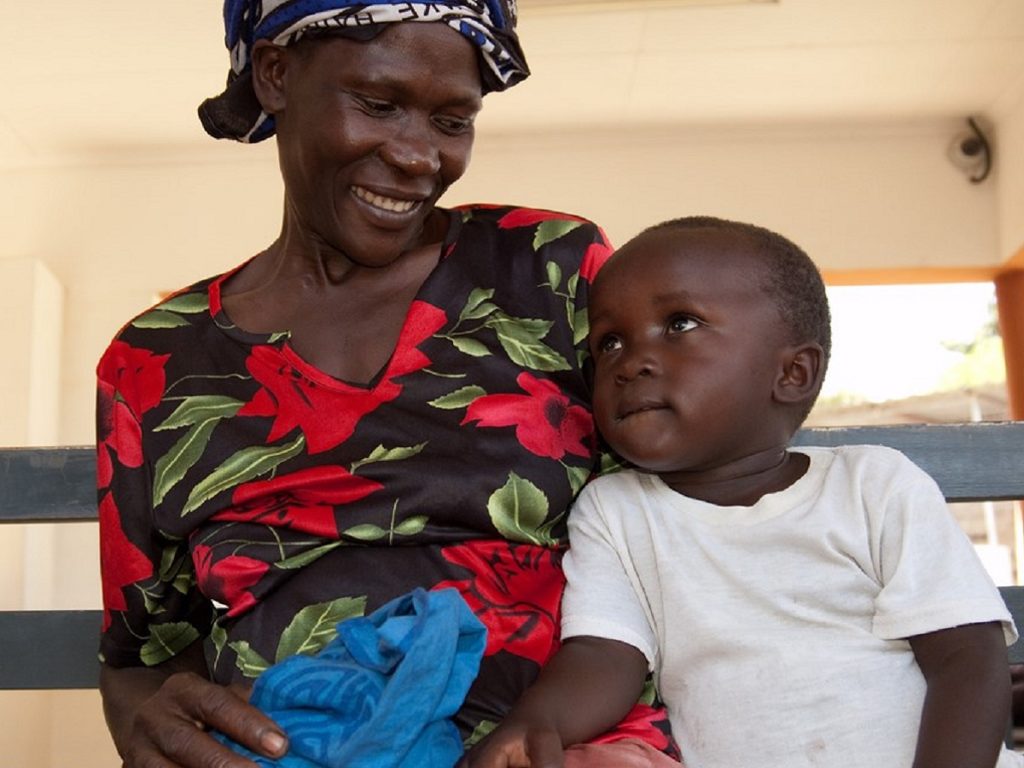 Oxygen is a Matter of Life and Breath 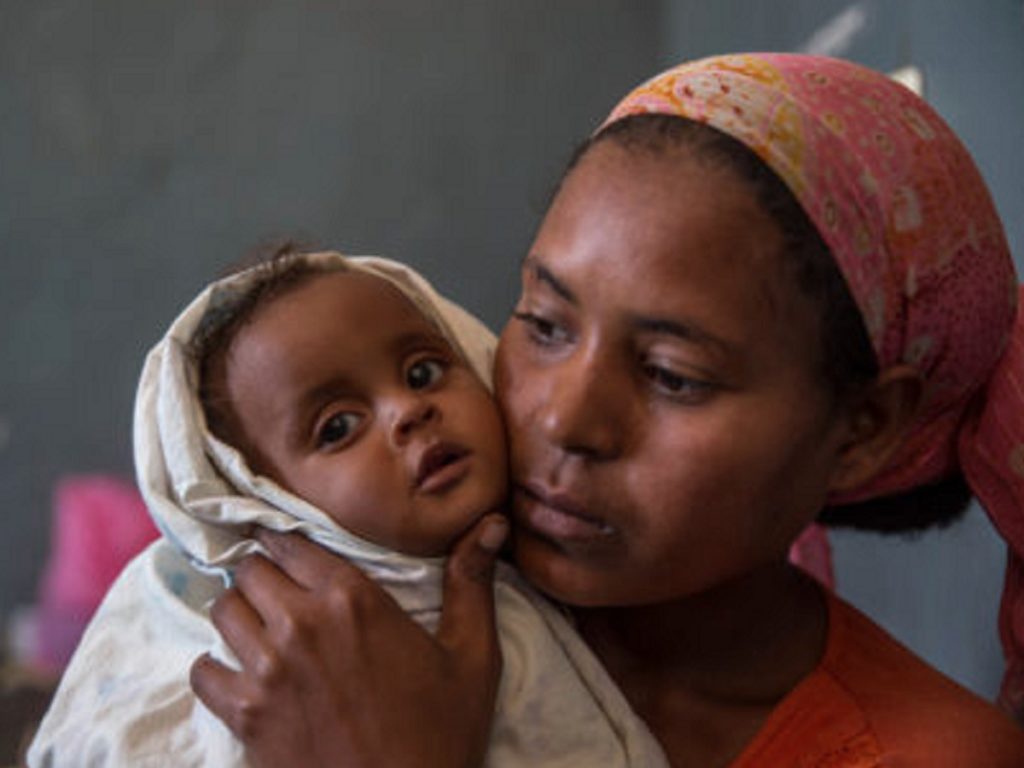 Ethiopia’s Political Will to Increase Access to Pneumonia Oxygen Treatment 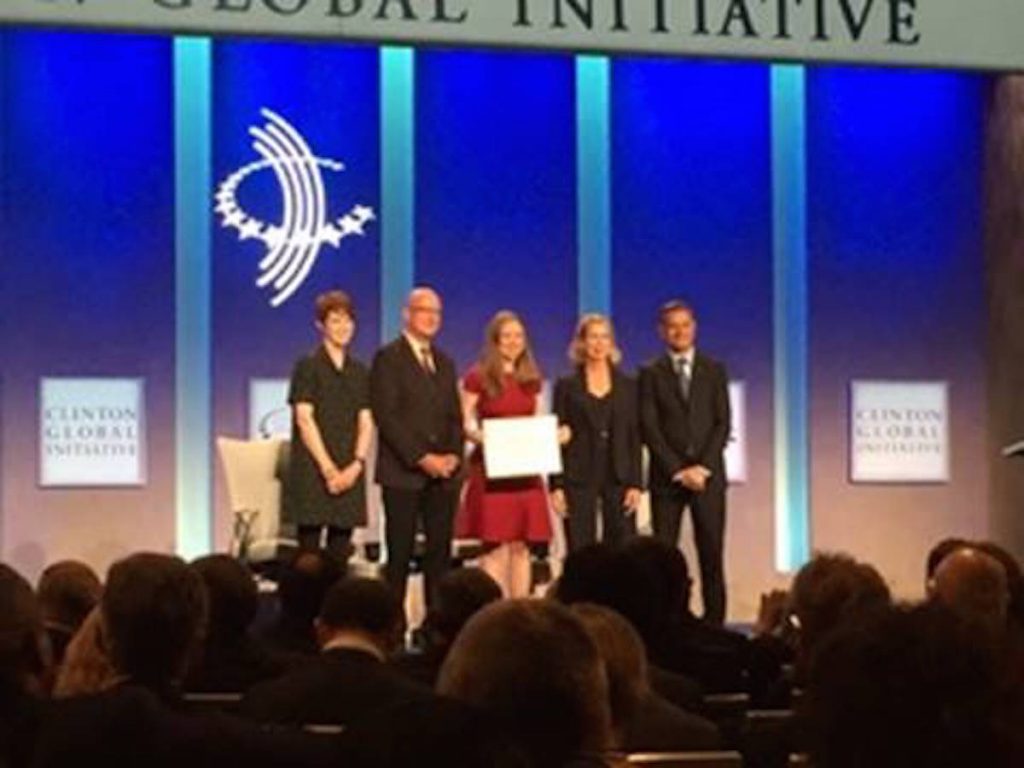